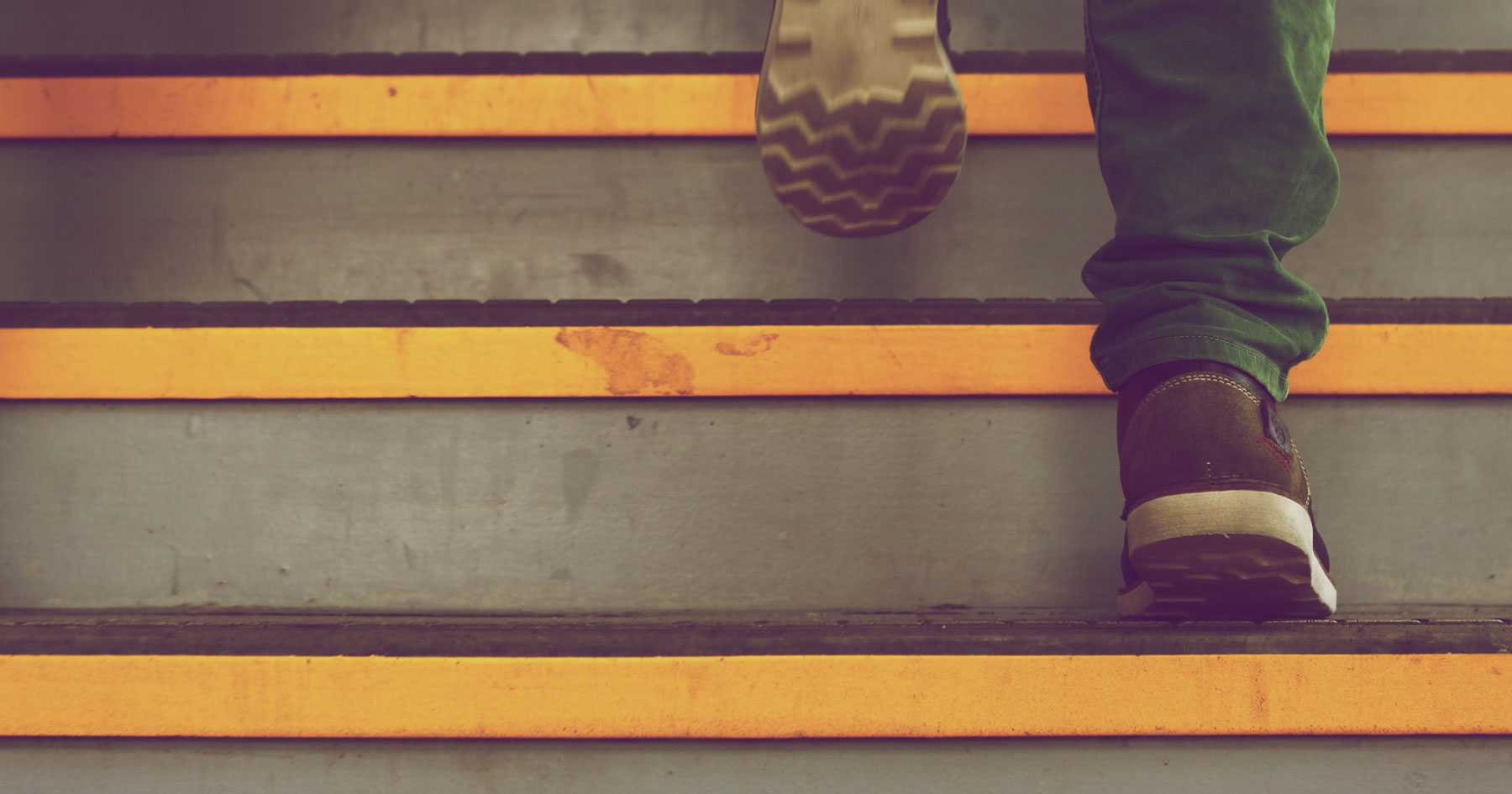 A reader question about taking the stairs that originally appeared on our weekly Wednesday Q&A over at The Academy:

My current client is on the fourth floor of a building, and my coworker always takes the stairs to get to our floor. Is that actually a good way to be healthier or is she just doing it because we all notice?

In fact, it’s actually sort of useful to be obnoxiously public about stuff like this. It’s a form of precommitment, a way to tie you to a choice you want to make but have a hard time making. At my old job, I was known (unsurprisingly) as a bit of a fitness nut and habitual stair-taker, and I would always get comments when I took the elevator. Guess how often I took the elevator?

This person probably feels the same way. They know they’ll get comments every time they take the elevator, which they almost certainly don’t want. That aversion keeps them taking the stairs, even when they are feeling lazy, which means that they get the health benefits of taking the stairs.

Adding up the steps

Small bouts of activity add up rapidly: if you take the stairs up and down twice a day (let’s say you leave the building for lunch), that’s sixteen flights in a day, 80 in a week, and almost 4000 a year. Four thousand flights of stairs in a year is considerably better for you than zero, and more importantly, it doesn’t require any extra time or effort to do it.

It’s hard to add even one gym session to a busy lifestyle. It requires planning, prioritization, time and transportation, not to mention a gym membership or guest pass, which can be a challenge in a city you’re not familiar with. Even a hotel gym (or hotel room) workout can be logistically difficult during busy weeks.

Taking the stairs is free and simple, all you have to do is do it.

Even the busiest person in the world can find behaviors or activities that they already do and modify those behaviors in a way that injects additional activity into them.

My favorite one? Assuming you get up from your desk every 30 minutes during your working day (water, coffee, restroom, trash, copier, meeting, etc) add a couple of brisk laps of the office, either inside or around the exterior, depending on the. It only adds a minute or two to each break, but in a eight-hour day, that can be as much as 30 minutes of brisk walking you weren’t doing before.

Across a week, that can add up to two and a half hours of additional moderate-intensity physical activity, which happens to be the American College of Sports Medicine’s and the U.S. Department of Health and Human Services’ minimum recommended amounts, and enough to reduce your risk of all-cause mortality by 31%.(citation)

Heck, even if you only spend thirty seconds to minute walking around each time you get up, you won’t quite get to to the ACSM & HHS minimum, but you’ll still improve your cardiovascular function enough to reduce your mortality risk by 20%.

Some other ideas to sneak in some activity:

Ultimately, the recommendation here is to stop thinking about activity as something you only do when you’re at the gym or “exercising” — it’s nearly as beneficial and way easier to add activity to the things you already do.

Start by taking the stairs (or don’t), but I’d bet once that’s a regular occurrence, you can find five or ten other things you already do that can be modified to be more activity-focused versions of the same behavior.

Photo by Jake Hills on Unsplash