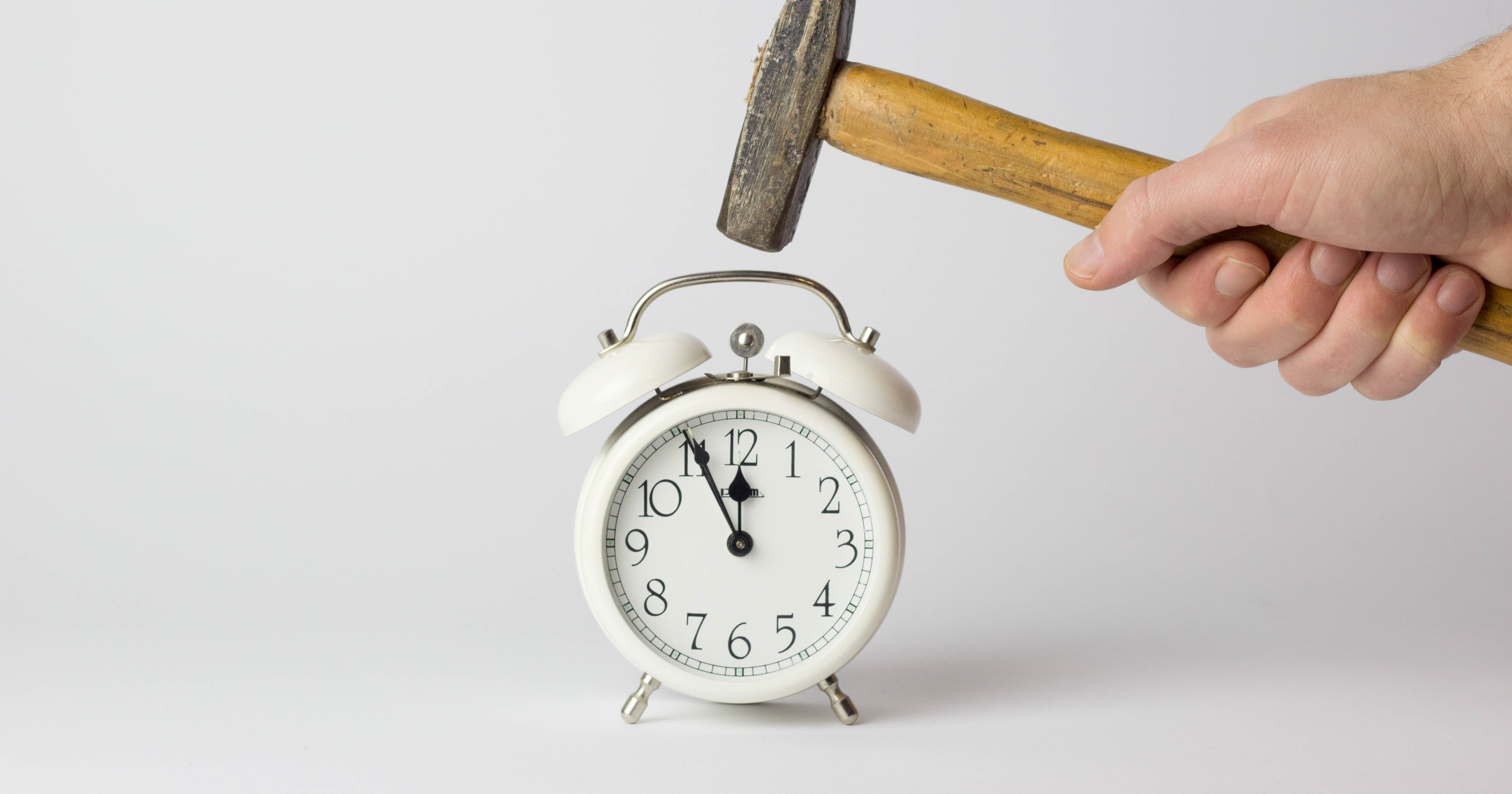 I got an, um… strongly worded reader question over the weekend, and it’s one that I think will resonate with a lot of people:

How the fuck do people wake up at five in the morning and go to the gym? Is anyone actually a morning person?

To answer the question being asked: yes, me. I am actually a morning person. A dyed-in-the-wool morning person, in fact. I’ve been getting up at 6:00 almost every weekday for years, and recently I’ve been working towards getting up at 5:00. I was not always this way, but I have been for a good few years now. I love it, even on the days when the waking up is unpleasant.

This morning, I woke up at 5:15. I had already been to the gym and done an hour and a half of writing before most people get to the office, and more critically, before anyone texted, e-mailed, or slacked me about anything (nb: this is my favorite thing about getting up very early — there are fewer distractions when the rest of the world is still asleep).

To answer the question I think the asker is really asking: no, you do not have to be a morning person to become a successful gym-goer (or successful in life).

Waking up early is optional. Plenty of people lead excellent, productive, healthy lives and go to bed well past midnight every night. I am not one of those people, but maybe you are. If so, you’re in good company.

What isn’t optional is making a decision about when you’ll do the things that are important to you. Which is to say, the problem to be solved isn’t waking up early, it’s prioritization.

You already schedule your work hours, your flights, your meetings, important obligations and events, and probably a few other things. If it’s on the calendar, it happens. If it’s not, it doesn’t. If someone wants your time during those blocked-off moments, you either have to re-shuffle your priorities, or figure out another time.

Work should not be the only thing you treat this way. If you have things in your life that are as (or more) important to you than the things already on your calendar, put them there and defend them with the same discipline.

Sleep should be on that list, if you like performing at peak output and/or not dying young. So should physical activity, for similar reasons. The rest of the list is up to you — mine includes writing every morning and an inviolable weekly date night with my girlfriend.

You don’t need to be superhuman, or rigorously schedule every second of every day. You just need to make a conscious decision about what you value, and deliberately make the time for those things.

Night owls vs. avoiding the decision

But are you really a night owl? Are you productive and focused the wee hours of the morning, or are you just awake?

A lot of folks who call themselves “night owls” are really just people that avoid the hard decision of when to go to bed. They putter around, watching Parks & Recreation and scrolling through Twitter or otherwise futzing around until total exhaustion takes over or it’s too late to reasonably be awake any longer.

If this sounds like you, I’ve got bad news. You’re not really a night owl. You’re just someone who’s avoiding making a decision. Schedule your day and your life however you want, but actually schedule it.

If that means you go to bed at midnight and wake up at 7:30, that’s awesome, as long as it’s because you’re at your peak at night and doing worthwhile things with those hours (whatever worthwhile means to you), not just because you haven’t given yourself a bedtime.

It was not at all tough to wake up at 5:15 this morning and head off to the gym, because I went to bed at ten. I prioritized sleep over putzing around online until I dropped my phone on my face.

Although to be fair, this comes easily to me because my brain effectively turns into mush and leaks out of my ears at 8PM, so anything I do past that time (outside of stretching) is not likely to add value to my life. The only real choice I’m making is just going to bed instead of using that time to play more Two Dots.

Make the best choice, not the easy one.

Actually getting out of bed

Let’s say you are getting in bed early enough, sleeping well, and still just can’t seem to get out of bed when the alarm happens. Maybe you’re not even still dozing, just poking at your phone, checking your email, and generally burning your early start to the day. A common “solution” is to not have your phone and/or alarm near your bed. Put it on a table across the room, turn the cellphone off entirely and use the alarm clock that’s in your room already.

This can work, but I want to talk about why it works, and some adjacent strategies to use if that one is just too unfathomable—or for some reason impractical—to you.

It works because half-asleep brains are extremely susceptible to habit, but they’re also extremely susceptible to impulse. Your conscious thought patterns aren’t fully up to speed, so if you don’t have a strong, consistent habit that autopilots you from horizontal to beginning your day proper, all you’ve got is that pleasure-seeking lizard brain (really, your amygdala) to tell you to hit the snooze button or head over to the dopamine slot machine that is Facebook, Twitter, Instagram, and email.

Without getting too much into the detail of how habits are structured, built and broken (I promise I’ll do that in a future post), the expanded strategy is to avoid fighting your habit and impulse-seeking brain, and instead understand its weaknesses and use them to your advantage.

Most productivity and “creative output” writers (except maybe Seth Godin) suggest you need to quiet your lizard brain to see success in life’s hard things. This is partially true. It doesn’t need to be quieted, it needs to be tricked.

His advice is sound—waking up early is the best way to create time in a world where so much of your day is already spoken for—but I don’t think the discipline thing holds up.

At 4:30AM, when Jocko’s alarm goes off, discipline isn’t really what’s getting him up. Discipline is what’s keeping him from heading back to bed at 4:35. Being able to wake up early, consistently does build self-efficacy and self-determination, and help him do it (and other important, difficult things).

The act getting out of bed, though? That’s all impulse.

The phone-across-the-room trick operates as an impulse double whammy. It forces you to physically leave your bed to kill a screeching alarm clock — your pleasure-seeking drive wants that horrific noise to stop. By the time you get there, you’re so far away from the cue of your standard ‘continue to lay in bed’ habit, that as long as you have a (pre-planned) next thing to do in your morning routine that’s not literally “get back in bed,” you’re just as likely to do that as crawl back under the covers.

A manual alarm clock operates similarly, by removing the cue to look at your phone. Because it’s is off or somewhere else, there’s no temptation to fall into your old pattern of firing up Twitter or email while still in bed.

Some other ways to extrapolate the idea of creating an impulse that cues a habit that overrides your desire to sleep in and gets you moving:

Photo by Marco Verch / CC BY