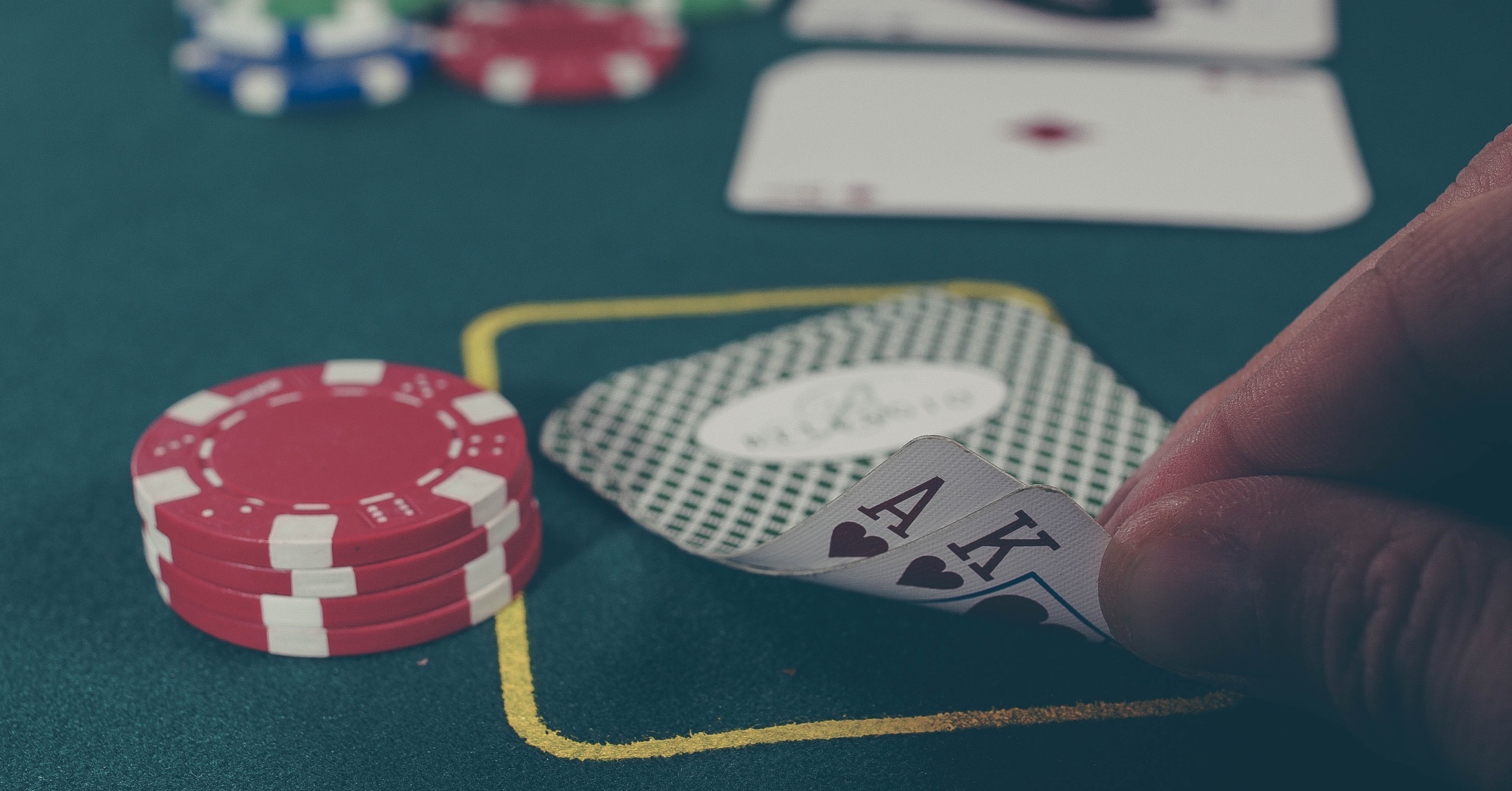 It’s currently 4:38 AM Thursday as I write this. I went to bed a little after 9:30 so that I could get an acceptable amount of sleep (but not an ideal amount of sleep) before getting up about half an hour ago to start cranking on this article, so that we can publish it on time after a reasonable buffer for editing.

I’d like to say that I’ve gotten up before the sun because I’m dedicated to helping you, our reader, or because I made a commitment to Coleman (my co-author on the blog) that I would have an article up by today and by god, I follow through on my commitments.

The actual reason is much simpler and much sillier than that: I don’t want to lose 14 dollars. I have an accountability bet with Coleman about this article, and so I have to get it done or I have to buy him some specialty kitchen gadget that he’s already lovingly picked out.1Specifically, I have to get this article to him for edits by the time his flight this morning starts boarding, or I have to buy him a new banneton (he’s been getting into baking).

Accountability bets are more or less what they sound like — wagers that you’re going to do something (stick to a habit or routine, hit a deadline, etc). If you do it, you get the warm glow of taking another step towards your goals, and If you don’t, you have to pay out some of your hard earned cash, either to a friend or group of friends,2In my case, to my brother in the form of a thing he wants but probably wouldn’t actually buy for himself. a charity, or to one of the many services that have cropped up over the years to broker these bets.

To be clear, I am fortunate enough in my life that losing those fourteen dollars will not create any kind of material hardship for me. Yes, it would be annoying, and I would like to spend that money on something else, but I certainly won’t be going hungry or homeless for the lack of it. The consultancy I work for bills me out at an hourly rate an order of magnitude higher than that; those fourteen dollars represent well under an hour of my time at the market rate. If I were really trying to maximize for that, I should work more (or sleep more so I can work better) and just eat the $14. But I’m not.

Rationally, I know that those hours of sleep are more important than the money, but psychologically, the fear of that loss was enough to get me out of bed at 4AM to write. Such is the power of the accountability bet.

There’s a decent amount of research (and mountains of anecdotal data3Including this very article.) to show that accountability bets work (most of it in the context of weight loss). There’s less research as to why they work, but I have a twofold theory: first of all, we as humans are significantly more motivated by the prospect of concrete, short term loss than the prospect of long term gain. Second of all, accountability bets essentially allow you to use the tools of operant conditioning and animal training to run a behavioral change program on yourself.

Most of the things that we have trouble getting ourselves to do — working on a side project, going to the gym, make healthier eating choices — fall into the category of things that will have diffuse benefits to us on an unclear timeline. We know they’ll be good for us eventually probably, but the exact benefit is hard to pinpoint and the timeframe for payoff isn’t easily knowable.

As rational thinkers concerned about our long term health and success, we know they’re important — but when it comes time to actually act and do these behaviors, we aren’t really rational thinkers.

Most of our behavior is actually controlled by our unconscious minds, and those unconscious minds make decisions based on rules and heuristics developed over millions of years of evolution.

These rules are optimized for an evolutionary environment where life was short and brutal. Because of that, they are biased against rewards and benefits that are far off and poorly defined — when you’re not sure if you’re going to make it another week, it’s hard to justify spending time on something that might not pay off for months or years. When the options are sitting on the couch or going for a run, your unconscious mind yells “conserve energy for threats! Not getting heart disease doesn’t matter if a lion eats us!”, and on the couch you stay.

But: these rules that govern our unconscious (or semi-conscious) behavior also put a high premium on avoiding clear and proximal threats, for similar reasons. It’s my theory that one of the ways that accountability bets work is by attaching a clear and credible threat to the behavior you want to change alongside its normal unclear benefit, which can create enough motivation to kickstart behavior.

Additionally, these rules are programmable. They were developed evolutionarily, and so we share many of them with the other mammals that we evolved with. There are mountains of research that suggest we can change our unconscious programming, using the same techniques we use to train dogs or horses.

These animal training techniques are based on operant conditioning, which is the branch of behavioral modification science concerned with changing “voluntary” behavior, like choosing to go through one door or another or choosing between eating dessert and not eating dessert.4This is in contrast with classical conditioning, which is concerned about creating or modifying involuntary behavior. The classic example is Pavlov’s dogs, who salivated when they heard a noise — salivation in an involuntary reaction.

Within operant conditioning, you can either take action to make a behavior more common, which is called reinforcement, or you can take action to make a behavior less common, which is called punishment. Both reinforcement and punishment can be positive and negative — where positive means that you’re adding something to change behavior, and negative means you’re removing something.

Putting those together, we get the four main tools of operant conditioning:

Ultimately, I think accountability bets work by doing double duty: not only do they provide a short term boost in motivation when it comes time to actually perform (or not perform) a behavior, they also modify behavior in the long term by acting as punishments or reinforcers.

How to make a good accountability bet

If you want to try this concept for yourself, there are three parts to a good accountability bet that you need to make sure you have: clear and actionable criteria for success/failure, effective stakes, and credibility of the threat.

When setting criteria, it helps to remember that this is a technique for changing behavior — bets should be based around something that you have complete control over. Think action, not outcome. Bet that you’ll go for a run three times a week, not that you’ll run a four hour marathon. Also, make sure that what counts as success and what counts as failure is crystal clear, otherwise the bet will be ineffective because it will be easy to rules lawyer your way out of it. Bet that you’ll run three times a week, not that you’ll “get healthy.” If you’re not sure if the criteria are clear enough, ask yourself: If I asked a smart stranger with no context to watch me for the duration of the bet, could they easily verify whether or not I performed the desired behavior? If the answer isn’t yes, back to the drawing board.

When it comes to effective stakes, the trick is to find a number that is big enough to overcome inertia and trigger action, which is highly dependent on who you are and what behavior you’re trying to change. Some folks5Like Nick Winter, who wrote The Motivation Hacker like to use crazy high stakes because losing small amounts of money stings a bit, but losing lots stings a lot; others are sufficiently motivated by the idea of buying someone else fourteen dollars worth of specialty kitchenware. Given the highly personal nature of how high the monetary stakes need to be, my favorite way to dial them in is to start low and then double the price of the bet every time you fail.6An idea I got from the accountability bet service Beeminder. It allows you to quickly build up to the appropriate level, while letting you feel the sting of losing the bet, which in turn strengthens the realness of the bet and makes the threat of punishment feel credible. Also, hopefully this is obvious, but don’t bet more than you can actually afford to lose. The point is to change behavior, not put you in the poorhouse.

Beyond feeling the sting of actually paying out a couple of accountability bets, the best way to make a bet credible is to make it hard to back out of. Accountability bet services7There are dozens. DietBet, Beeminder, StepBet, StickK; the list goes on., which have your credit card information or hold money in escrow, are one great way to do this. You can also give your bet partner a check8Assuming you still have a checkbook in the year of our lord 2019. up front that they can cash when and if you derail. (Coleman and I handle this by having my credit card information already entered in his Amazon account, so he can just buy the thing he wants the second I don’t follow through).

A word of warning

Accountability bets work for me and many others, but (to borrow a phrase from my brother) they’re dirty fuel for a sensitive machine and you have to use them carefully.

Positive punishment has been shown to only change behavior as long as the threat of punishment remains credible. The research on accountability bets shows the same thing. In this paper (and in much of the anecdata), people are only able to consistently perform a behavior triggered by accountability bets as long as the bets are active. Once they’re done, the behavior reverts. Negative reinforcement tends to be more permanent, but it has its own issues — has also been shown to lead to overgeneralized anxiety around the desired behavior which can, in turn, lead to long-term avoidance of it.

You can mitigate some of the downside by only framing your accountability bets in the context of creating new, desirable behaviors rather than trying to eliminate old, negative ones. Even then, you may run into the anxiety issues. Coleman doesn’t use accountability bets anymore because this was true for him. They remain effective for me. Each person is different, even ones that are genetically identical.

Ultimately, we have to bear the risk of our tools. Pretty much everything that has the power and potential to change things for the better also has the power to harm — there’s no such thing as a free lunch, as they say. I think this tool is a great one that helps me a lot and that it’s worth the risk. Coleman feels differently. The only way to find out if it works for you is to try it out. I hope it helps.